"The Blank Slate" by Steven Pinker 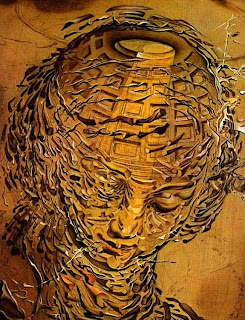 The Blank Slate: The Modern Denial of Human Nature is a book about secular morality. This comes as something of a surprise, since author Steven Pinker is a Harvard psychologist whose other popular books deal largely with matters one might be able to stow away as scientific exotica (mostly evolutionary linguistics and neuroscience). But this book, his fourth, combines his interests as a scientist with his concerns as a citizen. Its major claim is that the ‘official theory’ (his term) of human nature held the large educated public—viz., that the human being is cut off and separate from the natural world, set apart uniquely as one who can make free decisions divorced from biology—is incorrect and, moreover, is ultimately a danger to society. He acknowledges that thinking of people as smart animals caught in all the brutal evolutionary traps is controversial, and the large bulk of the book is spent attempting to justify why this scary fact is not scary at all. His risky gambit toward this direction is to make the case that moral arguments must be divorced entirely from the workings of nature, and he argues furiously along these lines, acknowledging the evolutionary naturalness of rape and murder at the same time at the same time as he cheers on the struggle toward justice.

It makes for some odd reading, but this house divided against itself makes a mighty effort to stand. The beginning chapters are some of its strongest and most convincing, rooted as they are in normal science. Pinker argues that it is ultimately inconsistent, at odds both with data and with common sense, to believe that there is no inborn human nature. He points to results from cognitive science, neuroscience, behavioral genetics, and evolutionary psychology to make the point that it is much more coherent to posit that human desires shape culture than it is to say that culture is a primary shaper of humans, as is often claimed by humanities scholars. Language, one of Pinker’s particular interests, is held up as but one of the things that superficially differs between humans but ultimately shows the commonality of an inborn nature, just as wildebeests’ running minutes after birth shows an inborn tendency, a genetic characteristic unlearned and present from the beginning.

This isn’t completely novel material, and I doubt that any of the criticized chattering classes would undergo a radical conversion after reading the opening chapters. Pinker discusses this explicitly in the second part of the book (entitled, appropriately enough, “Fear and Loathing”). Pinker delves into the well-known cases of E.O. Wilson, author of Sociobiology, and Richard Herrnstein, author of the article “I.Q.” and co-author of The Bell Curve, contending—persuasively, I think—that the outcry against these men was mainly politically motivated and failed to falsify their claims. That Wilson is defended is no surprise; Wilson’s theory that evolution can be used to explain the structure of animal societies, including human societies, is an obvious and heavy influence on The Blank Slate. Wilson has his haters (including such Pinker-reviled luminaries as Stephen Jay Gould and Richard Lewontin), but he is far from a pariah on the level of a Herrnstein. “I.Q.” is an infamous article, and in academic circles, Herrnstein’s name is nearly synonymous with ‘Social Darwinism.' To defend Herrnstein is to require some lengthy explanations.

And lengthy explanations are given. Chapter after chapter rolls along with the same dramatic thrust: that although evolutionary trends explain all the evils of the world, they don’t excuse them. For instance, getting back to Herrnstein, Pinker’s opinion is that we should look at his work to see that, yes, the social strata have different statistical profiles, and, yes, the ultimate causes of this order are likely to have an evolutionary flavor. But this should not be the end of our musing; we should now subject it to our moral reasoning. Does this order correspond with our core values? If not, we have a social duty to fight against nature, utilizing fighting tools designed with that stubborn beast, the human, in mind.

This strategy may sound uncomfortably ad hoc, even at first glance, but in the late “Hot Buttons” section of the book, where Mr. Pinker openly opines on the issues of Politics, Violence, Gender, Children and The Arts (in that order), his musings are earthly and timely. In the violence section, for instance, he probes the reasons why violence can be in an individual’s rational self-interest; following Hobbes, cantankerous author of the conservative political-science classic, Leviathan, he explains that violence can give a competitive (genetic) advantage, that it may arise spontaneously when two parties do not trust one another, and that it may bestow glory on the winner. This goes against the dual mantras claiming that violence is a learned behavior and that violence is a social disease. Recalling the violence he saw break out in a single afternoon after the start of a Montreal police strike, Pinker asserts that violence is a natural response to myriad societal pressures, should there be no opposing force pushing against it. “Denying the logic of violence makes it easy to forget how readily violence can flare up, and ignoring the parts of the mind that ignite violence makes it easy to overlook the parts that can extinguish it,” he says, reasonably enough.

Of course, the main reason that his argument works so well in the case of violence is that the quandary’s moral outcome is so well-rehearsed; were it to argue that violence is not as bad as we had all thought, then he would have an actual controversy on his hands. In other chapters, however, he does effectively that, turning conventional moral repugnancies—incest and embryonic human cloning, to name two examples—into evolutionary mistakes. These sections are likely to make many readers uncomfortable, for they underline the essential weakness of the entire strategy: when morals are divorced from any appeals to naturalness, they dissolve into mere sets of personal preferences for behavior. Certainly, logical groundings for behavior can be constructed (Pinker likes this approach—the interested reader is referred to John Rawls’s writings on Justice), but there is little to impel a person geared toward selfishness to follow these guidelines.

Weird, too, are the strictly defined corners of Pinker’s moral imagination. Listen to this rather tone-deaf passage:

On strictly rational grounds, the volatility of sex is a paradox, because in an era with contraception and women’s rights these archaic entanglements should have no claim on our feelings. We should be ziplessly loving the one we’re with, and sex should inspire no more gossip, music, fiction, raunchy humor, or strong emotions than eating or talking does. The fact that people are tormented by the Darwinian economics of babies they are no longer having is testimony to the long reach of human nature.

Unsurprisingly, he extends this argument to homosexuality, stating that “no logical argument can be formed against it.” To this Midwestern reader, at least, the curt dismissals seem to belie their own ignorance of human nature, for I have myself witnessed how an arbitrary set of beginning assumptions (which, given the scant supply of a priori truths, is where just about every argument begins) can rationally parlay into just about any imaginable conclusion.

Unfortunately, this is only the beginning of the book’s conceptual problems. Its goals—first convicting the reader that the tabula rasa view of mind is incorrect, and then showing why this view of things is at worst benign and at best extraordinarily helpful—require digressions into many areas of philosophy that are likely never to reach consensus. The four chapters designed to allay readers of specific fears that might come with conversion to the authors’ POV (fears of inequity, of imperfectability, of determinism, and of nihilism—to read off the chapter titles) are particularly unsatisfying. The chapter on determinism, in fact, is maddeningly illogical; rather than take one of the intellectually honest, though unsavory, options—options like admitting a mind/body split, or granting the illusory nature of free will, or even grasping onto some esoteric version of quantum mechanics—he merely lays out some of the sticky issues, only to back away. The stickiest of these issues is that of personal responsibility, which is resolved, as it were, by catchphrase. “The difference between explaining behavior and excusing it,” Pinker informs us, “is captured in the saying ‘To understand is not to forgive,’ and has been stressed in different ways by many philosophers, including Hume, Kant, and Sartre.”

On the other hand, I feel that I understand Pinker’s problem, and I forgive him for his slight dishonesty. Anyone who has honestly entertained the possibility that the world is set up to follow rules, tightly organized microscopic rules that churn on silently beneath the chaotic surfaces of our lives, must admit that (in that case) all their best justifications are nothing but theater. A person’s will, like all else, would be but a loosely bundled package of stimuli and accordant responses. The logical consistency of this worldview does nothing to curb the absurdity of actually living with it, which requires one to forget it each time a decision is to be made, with each turn signal and each uttered word. It is the absurdity of a life sharply divided between theory and action, between the knowledge of bondage and the illusion of choice. Camus had no idea.

I do not doubt that Steven Pinker has spent his hours staring into this deep pit; at some points, he nearly admits as much. But this leaves The Blank Slate in the paradoxical position of being just about the best book imaginable on the subject of how neo-Darwinism can cozily jibe with humanism. Only after turning the last page does the dust begin to clear: the old philosophical bugaboos are still here, but now they’re chasing us faster than ever.

Note: My discussion might make it sound like The Blank Slate is a tightly focused exposition of modern morals, as devoid of humor as this post. Not so, potential reader. Pinker goes out of his way to pepper the whole affair with cartoons, movie quotes, etc. It’s more of a shaggy-dog book of opinions and hearsay than it is a work of moral philosophy. Lest I give you any doubt, let me say this explicitly: I enjoyed reading this book, and maybe you would too.
Posted by David Kordahl at 11:33 PM